Why convergence, effective regulations will drive national competitiveness, by NCC’s Danbatta, other stakeholders

His words: “It is a great honour to be invited as a Lead Presenter on the emerging topic titled Regulation, Connectivity, Broadband, BroadPLANS & Convergence. I am particularly delighted that we are able to set this time aside to organize this Conference to create a sense of common purpose among all of us, to brainstorm and ponder on the themes and topics of the event and to further advance the tremendous work of the organizers. 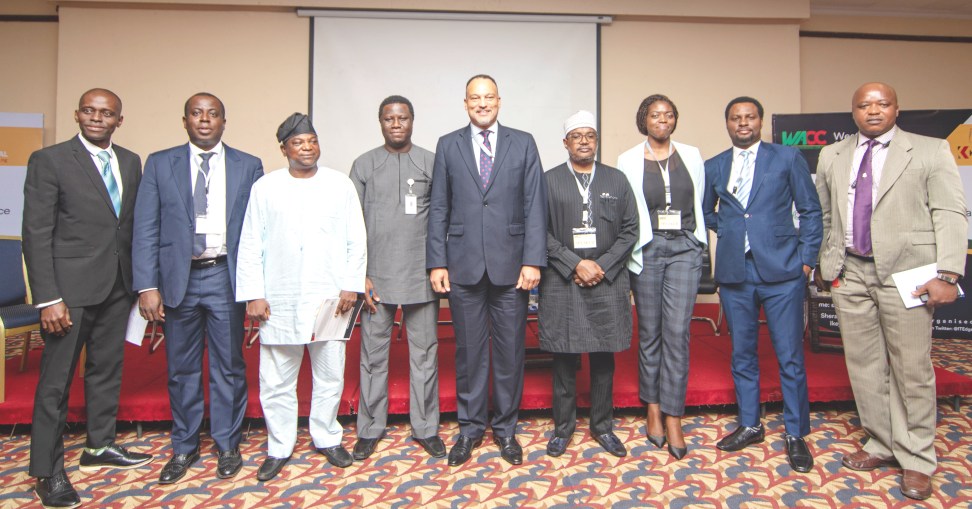 “When I received this invitation and went through the title of my paper, I concluded that the organizer is in tune with the paradigm shift in the world because efficient and effective Regulation, Connectivity, Broadband, BroadPLANS & Convergence are the key drivers of national competitiveness. I will henceforth denote the five words as RCBBC for short. The theme of this forum is also apt for discussing the regulatory directions, interventions and plans that would lead to predictable outcomes as we make progress in our broadband aspirations.”

The WACC is organised by KNOWHOW Media & Market Intelligence Limited (KMI). The event brought together decision makers in government and the private sector, entrepreneurs, professionals, investors and other market drivers from UK, US, UAE, Nigeria and the rest of Africa

Danbatta noted that the Convergence of IT, Telecom and Media has come of age and new opportunities and threats are being thrown up. Danbatta, who was represented by Head, Wireless Networks at NCC, Engr. Anthony Ikemefuna, added that existing industries are being disrupted, while new industries are being created and new competencies and skill-sets are required.

“The increasing convergence of the ICT and media industries is a trend that we’ll be watching as it has tremendous implications for the types of services that will be delivered, the ability to connect to new audiences, and even the types of networks built to power the new data-intensive customer demands.

The EVC declared that broadband connectivity and convergence would be difficult to achieve without effective regulation. “Regulations represent a powerful instrument to promote efficiency but their impact depends on good implementation and effective compliance. NCC has over 12 enforceable Regulations for the telecommunication industry and more are being developed to cater for emerging technologies in the sector” he said.

For CEO of Backbone Connectivity Network (BCN), Ibrahim Dikko; and Managing Director of Rack Centre, Tunde Coker, supporting the data ecosystem that exist here would be depended on how much of broadband the Nigerian environment can offer. Convergence of technologies and services is imperative on the availability of broadband and right regulations to foster and not impede growth.

The President of Association of Telecoms Companies of Nigeria, Olusola Teniola tasked all stakeholders on the need for collaboration among government and private sector players if the new timeline of 70 per cent broadband penetration by 2024 must be met. He agreed with Dikko and Coker that ‘broadband should be a privilege right’ since broadband is the key vehicle to drive all sorts of growth including converged technologies and services in the 21st century.

Also speaking, Head, Lagos Regional Business office of Nigerian Communications Satellite Limited (NIGCOMSAT) Ibiye Ukoko  said with convergence, voice and data services are merging to belong to a single data stream, adding that a single device like mobile phones can handle calls, instant messages, stream television, photography Email etc. “Some services are becoming obsolete with convergence however a lot of other opportunities are open to those that can innovate in developing new applications” she said.

In the same vein, the Founder, Ausso Leadership Academy (ALA) Mr Austin Okere, in his keynote presentation at the event, noted that the future of work would be driven by technology. According to him, a lot of young people now prefer to be entrepreneurs because of the technology enablement. He added that convergence would also change the face of work environment as many would be working from home in silos as opposed to relating and meeting with their co-workers everyday.

In his presentation, the Chairman, Qitech Technologies, Dr Sola Afolabi said Nigeria’s education system and curricula must be tweaked to reflect the realities of convergence. According to him, while the role of the academia is to produce goods and services (workers and ideas), their products must meet the need of the industry which is now becoming converged.

With special attention on broadband as the next frontier for Nigeria’s ICT development, participants at the event said the government and all stakeholders must now see broadband as a right for all citizens and not just service. In that regard, NCC’s EVC disclosed that at the end of February 2019,  broadband penetration in Nigeria stood at 33.34 per cent, adding that the country is now witnessing steady increase as operators are deploying 4G networks.

On her part, the NIGCOMSAT official said it the company had been a partner in the National Broadband Plan and as such, one of the priorities of the NigComSat-1R satellite is to provide high speed internet across urban and rural areas, thereby increasing internet penetration.  She added that the Satellite also provides broadband internet for people who live too far from other infrastructure. “NIGCOMSAT has deployed its cheaper Ka-VSAT internet service throughout the country to improve penetration rate in accordance with the National Broadband Plan” she said.

Meanwhile, panelists in one of the sessions at the event have urged the three tiers of government to create an enabling environment for tech Start-ups to improve the nation’s economy. The added that governments should also encourage bigger companies to invest on researches that would benefit the startups. According to them, governments should also, as regulators guard against being a competitor, saying it will create a challenge for the start-ups.